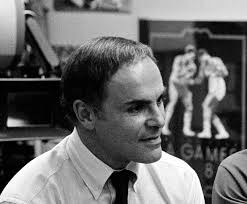 MURFREESBORO, Tenn. (AP) — Actor John Saxon, a versatile actor with a lengthy and prolific career who starred with Bruce Lee in “Enter the Dragon” and appeared in several “Nightmare on Elm Street” movies, has died at his home in Tennessee, according to the Hollywood Reporter. He was 83.
The entertainment news outlet quotes Saxon’s wife, Gloria, as confirming that the actor died of pneumonia on Saturday in Murfreesboro.
Born Carmine Orrico, the son of Italian-American parents, Saxon grew up in Brooklyn, New York, and began modeling while still a teenager. He then caught the eye of legendary talent agent Henry Willson, who spotted Saxon on the cover of a magazine and brought him to Hollywood.